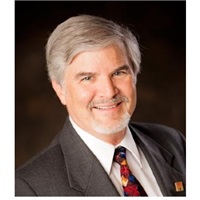 Terry has over 30 years experience in the financial services field and currently holds licenses in several states for Life, Health, Variable Annuities and Mutual Fund investments. Terry has been a participant in the SmartVestor program since August of 2012.

Terry is an Investment Advisor Representative of GWN Securities, Inc. and has attained the "Registered Financial Consultant" (RFC®) designation.

He has also completed the Florida Long Term Care Insurance Partnership Continuing Education course and exam. The long-term care insurance (LTCi) partnership program was developed in the 1980s to encourage people who might otherwise turn to Medicaid to finance their long-term care (LTC) to purchase LTCI.

Terry and his wife of over 39 years, Christine, have been residents and active members of the community of Merritt Island since 1973. They have two grown children and four grandchildren.